The Oost by Dave Rigby

It never stops. Everything creaks, windows, doors, roof timbers. But beyond that cacophony there’s something else, a guttural sound borne on the endless wind from the forest above.
Can I ignore that call, pull the eiderdown over my head and wait for sleep?  I know that’s impossible so I shiver out of bed into my clothes, into my coat, into my boots.

My fingers find difficulty in striking the match, in lighting and adjusting the wick of the lantern. Gloves bring blessed relief from the bitter cold.

The moon is not yet to be seen. The snow is deep, each step up to my knees, sweat dripping down inside my woollen shirt. Moving through the blackness, the lamp casts strange and troubling shadows, I try to listen beyond the sound of the permanently swaying pines.
That call, the one I’ve never heard until this night, is there uphill, to my left.

Under the shelter of the trees, the snow is less deep, but my steps are still slow, my body’s reluctance to move forward all too evident. Without warning, a shape flashes in front of me. There’s a flurry of feathers and I fall, hitting the frozen ground beneath the thin covering of snow. Winded, I lie still for minutes, my bones stiffening in the cold, praying the shape will not return.

Up on one knee, breathe, up on two legs, listen! Find the sound. It must be close to the pinfold.

I seek out the protection of the stone shelter, the sheep barely stirring as I enter their winter home. I sit cross-legged and wait, uncertain what to do. A voice in my head is insistent. I should forget what I have heard, turn for home and wait for the relief of daybreak, such as it is.  But I know, in the end, I’ll be unable to resist that siren call.

Suddenly it’s close, louder, deeper, disturbing the sheep, terrifying me. The lantern’s flame gutters and is extinguished. I seek some kind of protection in amongst the flock.  Ahead, through the arched entrance, there’s a sudden glow, ice-encrusted branches haloed by a thin moon emerging from dark clouds, a dream-like moment.

My momentary trance is shattered by the sound of movement through the pines. I cannot look away. It is with a certain relief that I see an elk centre-stage, antlers raised high, hunger in its eyes, nostrils flared. It is not the creature of my nightmares. But starved, they are unpredictable. As it bellows and paws the ground I want to shrink into the earth itself, amongst the tree roots and the burrows of hibernating animals.

The call is there again, spooking the elk which rears, eyes rolling before racing away downhill, branches shearing in its wake, leaving me to confront my fear.

No longer able to resist, I leave my sanctuary. As dark clouds slide across the moon, a pale light remains beyond the pinfold. I hear my mother’s voice reciting the saga of the Oost, a warning passed down from generation to generation.

Light and sound without form, curling its way inside, seeping through blood and tissue, taking control unseen.

Until this night, a story told in front of a roaring fire.

I stare transfixed into the pale light.
Posted by Andrew Shephard at 08:30 2 comments:


Two weeks ago we had a minor family drama when our youngest, Oliver, (7), broke his wrist.  After a visit to the operating theatre and a night in our wonderful local hospital, Oliver was the proud bearer of a plaster cast, and apparently none the worst for his accident.

As I sat by his hospital bed, I mentally ticked off all the plans we had for the next few weeks which would now have to change – a dance exam, a drum exam, a birthday party at a climbing wall, another at a swimming pool, a rounders match. The list went on and on. I would have to choose my moment to run Oliver through this catalogue of disappointments.

It had been an ordinary day in half term. We were visiting a local adventure playground with one of Oliver’s friends, we had a picnic lunch, and I was thinking it would soon be time to head home. Then suddenly, (and following a particularly enthusiastic shove from his older brother), Oliver fell from the zip wire.

And everything changed. In an instant, we were spun onto a different course entirely.

After a panicky phone call, a friend stepped in to help out with the other children. We set off to Accident and Emergency with Oliver cradling his arm, which was now a queasy, unnatural shape.

This was a problem Mum couldn’t fix – we needed the professionals. We allowed ourselves to be carried along by the well-oiled hospital machine. Oliver was surprisingly stoic as he was examined, x-rayed, plastered, and patched up, while I, in bewilderment, consented to anesthetics, surgery, and all the rest.

A broken arm is a very minor thing in the scheme of things. Friends have commented that for a child it is almost a rite of passage.  But it reminded me of the fragility of our grand plans and packed diaries.

If this had been a work of fiction, we might have expected some warning from the writer that trouble was round the corner; a metaphorical rumbling of thunder on the horizon, dark clouds looming ominously. Real life is not like that. On the sunniest of days with the clearest of skies, the predictable plot we had planned can be sabotaged.

“It’s not fair!” wails Oliver in his bleaker moments. He’s right, of course. It’s not fair at all. But we can be grateful it was only a broken arm this time. It might be itchy and uncomfortable, but in a few weeks we will be back to normal.  In the meantime he is quite enjoying his moment in the spotlight, as class-mates write on his pot, and strangers cluck sympathetically. And for months to come, he’ll have a dramatic new tale to tell.
Posted by Clair Wright at 07:49 No comments: 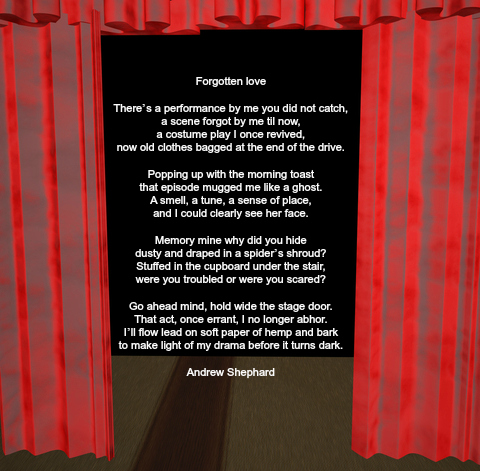 Shoreline is available from: Matador Books (www.troubador.co.uk), or other online outlets or bookshops.