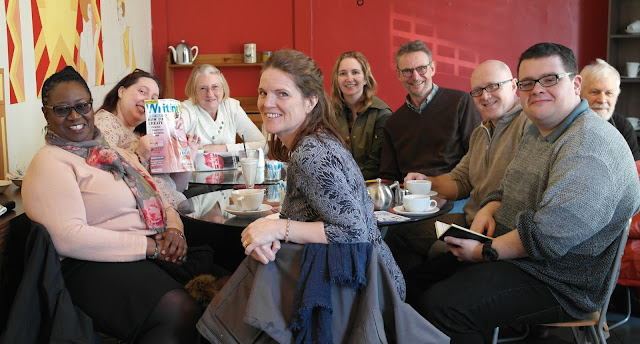 It's hard work, there's a lot of thinking involved, but someone has to do it. We hope the list of contributors keeps growing... 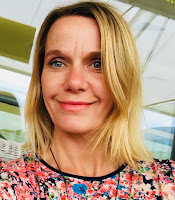 Juliet has written throughout her career in Marketing and PR roles but much prefers writing creatively. She’s written short stories and poems all her life but always dreamed of one day having a novel on a Waterstones' shelf. She is well advanced on her first draft but has decided she needs to do some quick-fix, feel-good writing. She’s an artist and photographer too and pulls it all together in her website and Blog; www.thecuriouscreativeclub.co.uk where she blogs about all aspects of creativity, inspiring people to just give it a go. Juliet runs a creative writing workshop for beginners. When she’s not blogging or writing the novel, she’s out walking the dog and taking photos for her Instagram accounts, @soothedbynature and @thecuriouscreativeclub and coming up with thought-provoking captions.

Virginia is an aspiring writer who loves to travel. No surprise, then that she particularly enjoys travel writing. Her aim is to enable readers to journey far and wide, all from the comfort of their own armchairs. She also loves to write poetry, drawing inspiration from many sources, more recently the centenary of the First World War. Her short stories are often inspired by her travels and some contain a poem or two. She has no intention of writing a novel, but then she has done lots of things in her life which she never intended, so who knows? 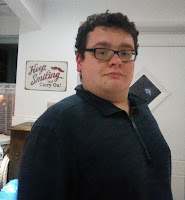 Owen is primarily a short story writer who is slowly teasing out novelettes and novellas from his imagination. He writes speculative fiction, more often than not sci-fi, with elements of wordplay and punnery. He is an alumnus of the Creative Writing course at Sheffield Hallam University where he found his focus within 500 and 3000 words. Owen currently works in Kirklees Libraries, wondering where he would most like to be shelved on the day he makes it. He updates his own Blogger blog whenever he can: https://mrpondersome.blogspot.co.uk/ 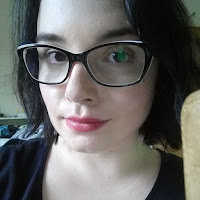 Jo Cameron-Symes has recently got back into creative writing after a long break. She enjoys writing short stories and has a particular fondness for magical realism and crime narratives. When she’s not writing creatively (sometimes in favourite cafes) she blogs about other cultural things such as books, films and exhibitions at www.culturallifeconnection.org She has really enjoyed being joining the writers’ lunch, and loves the diversity of the posts produced. She is also enjoying collaborating on a screenplay with fellow writers.  She also tries to look at benefits of insomnia, in that you read an awful lot of books in a year!

Baker’s delivery man, joiner, probation officer, manager... and writer; these are just some of the occupations providing material for the articles, stories, poems and novels which appear at the end of Andrew’s fingers. Having combined writing with paid work, he now combines it with a garden and a dog. Andrew’s publications include a guide for social workers and a fantasy series published under a pen-name. His latest novel, Nellie and Tabs, about two young hippies finding their way through the 1970s, was published in 2016. Visit his website for more details at andrewshephard.uk 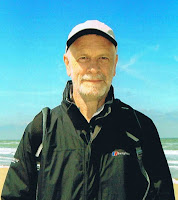 Dave started writing shortly after he retired six years ago. With the benefit of two creative writing classes, he began with short stories and gradually one or two of these got longer. He self-published his first book, Darkstone, in 2015 and a second one, Shoreline, in 2016.

Dave really enjoys writing for the Yorkshire Writers’ Lunch blog, especially having the discipline of a 600-800 word limit and yet the freedom to write about anything. Our collaborative writing experiments are, for Dave, a very welcome development.

Annabel has enjoyed creative writing ever since she learned how to write, and by the age of seven was already writing a journal and short stories and plays which she shared with her friends. She was taken with the character of Jo in Little Women and imagined her life as a novelist. In a moment of teenage madness and having watched too much LA Law, she turned her attention to the pursuit of a legal career, studying and eventually practising company commercial law. When her daughter was born, her creative ambitions were reignited and her focus is now on fulfilling her earlier dreams as a writer. Annabel enjoys writing children's stories, short stories, poems and articles. One day she still hopes to be a best selling novelist.

Vivien lives in Huddersfield and has been writing for many years, on and off, and has published seven local history books with another due to be published in 2018. She has contributed to family history magazines and has been President of the Huddersfield Authors' Circle for the past year.Her focus for the future is creative writing, mainly short stories, historical/crime stores and some poetry. Having retired from teaching, she has no excuse now for not doing so. 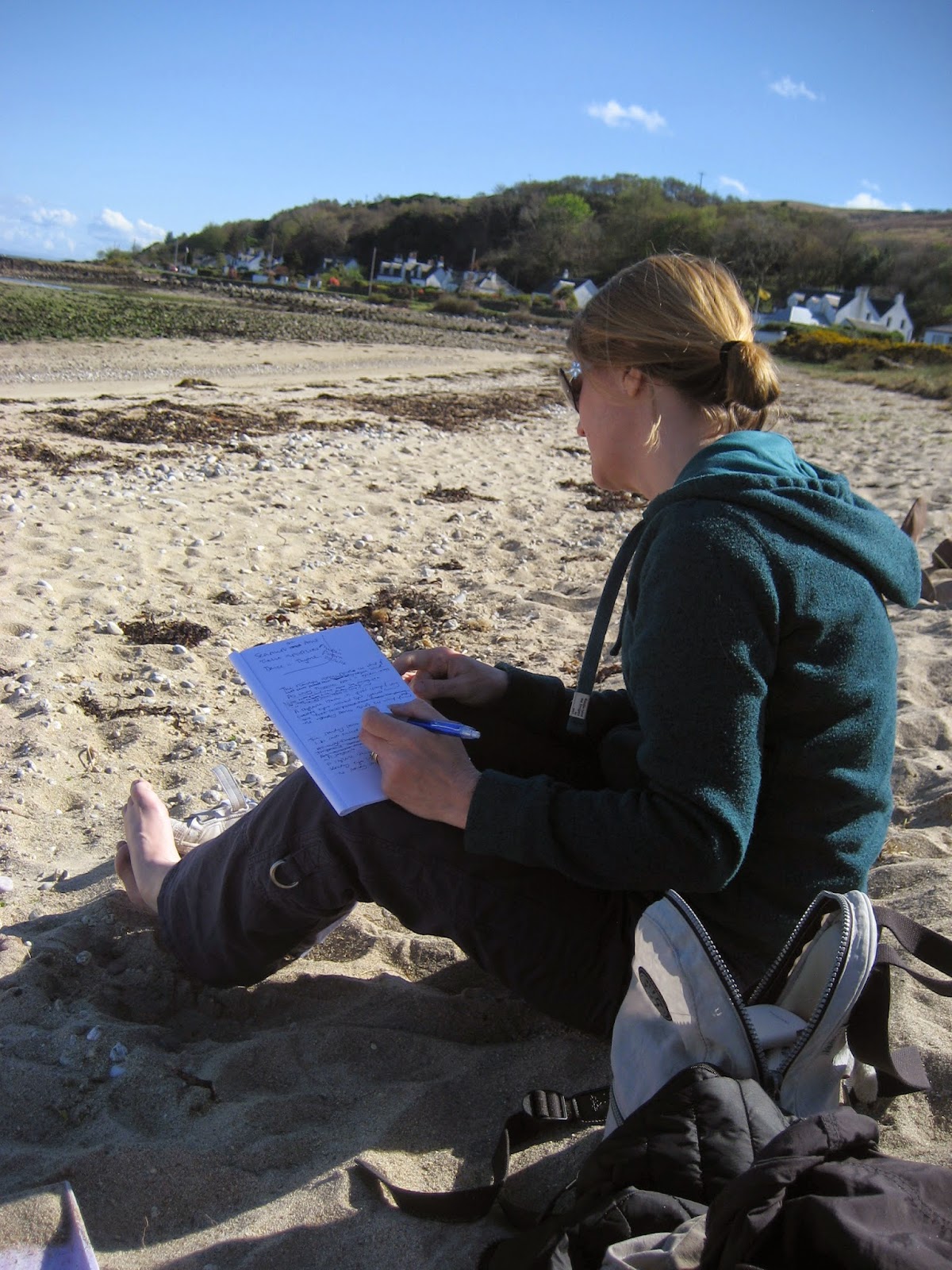 Clair has finally got around to writing something of her own, after spending a lot of time writing about other people’s writing, as a literature student. She enjoys writing poetry, short stories, and articles and attends a weekly creative writing class for motivation and inspiration. She co-writes and edits a monthly e-magazine, Saxophone Life. She is also a mum, a school governor, works part time and has a very understanding husband! 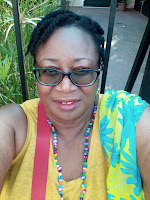 Wanted to write since a young child and has done so in short bursts. Letters to editors, opinion pieces, a love poem here, a narrative there. A column writer on Business related topics for a while. Sporadic journal writer. Contributor to web blogs. Now making a serious commitment to writing, by joining writing groups, and attending numerous writing / literary festivals. Finally settled on the short story genre as the preferred medium and is working on a collection of short stories.

Mild-mannered freelance copywriter and editor by day, voracious reader by night, Emma has always been struck by the power of words - to sell, persuade, enthuse and ultimately to tell stories. It has taken a long time though to find the right place to take her first faltering steps as a nascent fiction writer. The Yorkshire Writers’ Lunch is that place. Not only has the support she found there led to stories, poems and Italian-inspired musings but also to the confidence to self-publish Thinking about fostering? A practical guide, a book based on 15 years spent helping organisations recruit foster carers.

Suzanne lives in Mirfield, West Yorkshire with her husband and two children and works part-time as a supply teacher. Her love of writing developed from her love of reading and she began writing at a young age. When she was eight years old she wrote a play based on the children’s story The Very Important Man and persuaded her sister and friends to perform it with her in the back garden. Suzanne has a degree in English and Communication Arts. In 2012 she plucked up the courage to begin a creative writing course at Kirklees College. She enjoys writing short stories and articles and has been published in the Times Educational Supplement.

Inez grew up in Oldham, Greater Manchester. Her love of language began while listening to her parents’ home-spun tales and later at school thanks to one of those inspiring English teachers. After graduating she worked in bookselling, libraries and then adult education. She has lived in France and Kosovo and now lives in Huddersfield. She writes poetry, short fiction and non-fiction. Since having children she has become a picturebook enthusiast and can often be found cross-legged on the floor of her local library, son in lap, captivated by storytime.