The Heart of a Broken Boy by Juliet Thomas 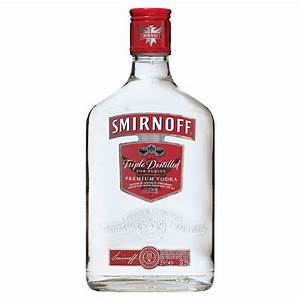 It’s not like it hasn’t been broken before, but this time it had been so obliterated that a disturbing numbness was spreading like ice cold water, freezing his chest, perhaps it would actually stop beating?

Yet he also felt a snaking anger, hissing and curling in his belly, at himself for being so foolish as to think she would have even considered saying yes. That smug ‘specialist’ surgeon wasn’t so clever after all.

When he was younger, his Mum had never explained ‘the accident’ and instead had furiously fussed over him: ‘You’re not like other boys, Simon, you are different, in a good way, special, beautiful, unique. She’d announced it like it was a desirable mix of something shiny and precious, like he was treasure to behold, to be proud of.

Not someone who would invite over-the-top laughter from sixth-form boys or curious side-glances from the popular girls, followed by hushed whispers as he slunk by.

Right now, he was furious with her too, she’d sold him a lie, a false hope. She was his Mother, and she should have been honest with him from the start. Even now he was almost sixteen, she’d still never told him the truth.

A thought floated and then settled on him like a shrouding blanket, he would be forever alone, there was no point even chasing it anymore.

A ping from his phone shifted his attention. As he opened the message, he saw himself on the screen, a witness recording to his embarrassment that he knew would have travelled halfway round school by now. His one and only friend, Matt, warning him with the simple message ‘Sorry mate’.

His stomach curdled further, feeling sick with humiliation. He’d tried to do it when no-one was looking, near the lockers at home time, but some sneak had taken great pleasure in filming it on their phone. On the footage, you can just about make out what he’s saying, desperation oozing for the world to see.

Upon asking her to be his date for the Leavers Prom, Caitlin had squirmed and looked over her shoulder, before giving an apologetic, ‘No, thanks, erm, I’m just going to go with Lisa and Hayley.’

Her cheeks had flushed, and she’d shifted awkwardly from foot to foot, before seizing her opportunity to escape, to walk home with her younger sister.

He wouldn’t mind but she wasn’t exactly in the ‘cool’ squad either, but there were levels, and he was firmly at the bottom. It had taken a full day of shaky hours in lessons where he’d watched the teachers’ lips moving but not heard a thing as he’d zoned out, practicing the words in his head, to finally pluck up the courage.

And now everyone knew about it.

His phone was pinging again, comments on Snapchat, someone had already posted it.

He picked up his phone like the grenade that it was and hurled it at the wall, hearing a satisfying crack as it bounced to the tiled floor. His Mum would be fuming, but he didn’t care, it served her right for trying to pretend that everyone would love him as much as she did. How could she be so clueless?

His stomach gave a loud rumble and he realised he hadn’t eaten lunch, given his preparations he’d not been remotely hungry. He opened the fridge looking for a snack when to his surprise he spotted a full bottle of vodka on the shelf. His Mum hated vodka, why was it even in here?

That will do, he thought to himself and twisted the unopened cap, threw his head back and took a swig, immediately coughing as the cool liquid burned his throat. He laughed to himself and took another, this time enjoying the sharpness, happy to feel something.

His Mum would be home in half an hour from work. He kicked off his school shoes and ran upstairs to change out of his school clothes taking the vodka with him, swigging joyously in-between getting changed.

He felt manic now; more alive with frustration, bitterness, and the physical warmth of the vodka lining his stomach. His mum would know soon enough how he felt, but first it was Caitlin’s turn.

As he quickly got his stuff together and ran downstairs, he froze at the bottom, catching himself in the hall mirror. Stilted images had flashed before him, racing down the stairs alongside like a shadow, something he’d not seen before, unrecognisable, and yet vaguely familiar.

He closed his eyes, desperately trying to drag them back; jagged angry voices, a boy hiding at the top of the stairs, a man with greasy hair, a faint smell of leather and tobacco, charging footsteps, his arm raising, the slice of a red label of, was it a vodka bottle?

He held his breathe, anticipating a loud noise and flinched, a crashing thud, glass splintering, his Mum screaming. And then nothing but pure blackness.

Simon opened his eyes, feeling clammy and nauseous, staring closer into his reflection in the mirror. His fingers traced the deep faded scar across his forehead, carving its way to the wide indent at his crown.

Despite many painful operations, he was still vastly different from his peers, still attracting unwanted attention, not beautiful, or special or unique. Disfigured, ugly, unwanted.

He shook his head and took another swig of the vodka, still peering into the mirror, and finally there it was. The image of a boy, grown into a young man, the spit of his father, gripping a vodka bottle, anger seething through every fibre of his body.

Now he knew the truth.

Note: This story followed a writing prompt, the first part of the sentence in bold.