A Lost Life - follow up to The Dog-Walker Stalker 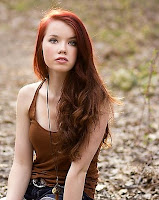 Note: The previous part of this story was posted on Monday 3rd December